Home » Interviews » Interview with Paul Keating: Scarecrow in The Wizard of Oz 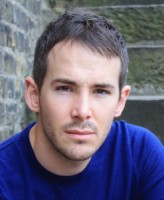 Actor Paul Keating first appeared on a West End stage when he was only 12 years old – as young ‘Gavroche’ in Les Miserables – and has since starred in numerous West End plays and musicals. He has been nominated for an Olivier Award twice so far: in 1997, for Best Actor in a Musical for his role in ‘Tommy’ and in 2002, for his performance in ‘Closer to Heaven’.

Paul, who has also appeared in many films and TV programmes since he was 13, loves acting on stage and being able to explore a character. He is currently originating the role of the ‘Scarecrow’ in the new and extremely popular West End musical ‘The Wizard of Oz’.
Find out what Paul has to say about the Scarecrow, his role models and goals – and why sharing a dressing room with Sheridan Smith might have its downsides!

Read about this and much more in the following interview with Paul.

A big thank-you to Paul for making this such a fantastic read! Enjoy, dear readers.

At what age did you realise that you wanted to be a singer/an actor?
It was something that happened over a period of time for me. I was in Les Misérables when I was 12 and a BBC series called Troublemakers when I was 13. I loved the experiences, whilst going through secondary school. Even though my family were so supportive, every careers advisor I saw tried to dissuade any ideas I had about becoming an actor. It was only when I’d finished my A-Levels and I landed the title role in Tommy (the musical) from an open audition process that I allowed myself to actively pursue this career and accept it was what I loved to do.

Did anyone in particular inspire you to want to be on the stage?
Everyone who was in Les Misérables when I was 12 inspired and made a huge impression on me. People like Philip Quast, Linzi Hateley, Gay Soper & Mario Frangoulis – who were so amazing in their roles. I was incredibly lucky to be in that show at a time when the cast were of such an amazing standard.

Do you have anyone as a role model that you aspire to be like?
I was lucky enough to work with the actress Una Stubbs a few years ago on a play called Don Carlos in the West End. I’m even luckier to be able to call her my friend these days. She is the most wonderful actress and woman. I love her passion for theatre and always wanting to be better. Everyone who knows her loves her and I hope when I’m her age, I’m as loved and half as talented as she is.

You have appeared both on stage and on television. Which do you prefer and why?
I have really enjoyed the experiences I’ve had in front of the camera and feel that I still have LOTS to learn in that arena. But I absolutely love working in theatre. There’s no safety net when you’re in front of an audience. You can’t just do another take if things go wrong – you rely on your ability and the company around you. I love being able to explore a character over the run of the play/musical and making mistakes and discovering things that work too.

‘Little Shop of Horrors’ is one of my all time favourite musicals – I saw the show in March 2007 (Duke of York Theatre) starring yourself and the wonderful Sheridan Smith. What was it like to be in LSOH? Please share a memory or two.
Working with Sheridan was the absolute highlight of Little Shop for me. She was very easy to fall in love with every night and so exciting and instinctive to be on stage with.

When we were at the Ambassadors Theatre we shared a dressing room. I had to insist upon an imaginary Iron Curtain through the room in the end… she’s not the tidiest of girls I have to say. There were days when I’d sneak in early and tidy up her dressing table, turning all her products so they faced forward and folding away all her clothes that were strewn around the room – ‘Sleeping With The Enemy’ behaviour I know, but it made her laugh. We couldn’t be more different in that respect. Fortunately, our sense of humour is exactly the same. We’d laugh so much off stage and sometimes on… when things went wrong. I remember her doing a kick in ‘Suddenly Seymour’ and her shoe flying off into the audience. We had to retrieve it and try to suppress giggles, but we didn’t quite succeed. Similarly on the day when we sang ‘The Telephone Song’ and someone had forgot to pre-set the actual phones on stage, we laughed our way through a duet sung into our hands pretending to be phones.

I saw ‘The Wizard of Oz’ during previews, a brilliant show! You must be absolutely shattered every night, the scarecrow never stands still! How would you describe your character to someone who has not seen the film/the show?
The original book says that the Scarecrow is only a matter of days old when Dorothy finds him, so I try to think of him like a little boy… full of energy and enthusiasm – maybe not brainless, but rather more naïve. He is innocent and positive and adores Dorothy.

What’s it like to be working with ‘Toto the dog’ (or four of them). I hear one had a little ‘accident’ on stage the other night…
Our Totos are amazing. They’ve each got their own distinct personalities. I think Danielle is amazing the way she looks out for them on a nightly basis. We all take it for granted that she’s an amazing actress/singer/dog handler. I love it when they misbehave though. The night when one did a poo on the yellow brick road was a highlight for me. Thankfully it was in Munchkinland, before I arrive so I didn’t have to negotiate it.

Have you got any pets?
I don’t have any pets. I live in a flat, so I don’t think it’s fair. I’d love a dog, but can’t give one the time it deserves.

Why should everyone go and see The Wizard of Oz?
It’s an amazing story about a young girl searching for something she’s had all along. There are some wonderful songs, sets, characters and lighting. It’s a family show that will make you smile, with an air of familiarity and a big heart.

What do you usually do on your ‘nights off’ from Wizard of Oz?
I try to rest my legs. There are days when they feel like they should be attached to a 75 year old lady. As the Scarecrow, I’m always on the move and at the end of an 8 show week, they ache. I enjoy a long lay in on my Monday’s off and try to see my family once I surface from bed. I’m always partial to an ice cream and film, so often end up with some Ben & Jerry’s down at the cinema.

Who would you most like to star alongside in a play or musical?
I want to work with Sheridan again. Is that greedy? She’s the most real and engaging actress on-stage. She’s the funniest playmate off-stage.

What’s the best part of being an actor? And the worst?
The best thing is that I’m doing a job I love. At the moment, I get to work in one of the best theatres in the world, playing a character that’s fun and full of possibilities, in a brilliant show. We’re full nearly every night and the audiences are loving it. I don’t think it gets any better than that. I feel the luckiest man.

The worst part is that this time next year I could be unemployed and not knowing when my next role will be. It’s all a bit too precarious sometimes.

What is something embarrassing or unexpected that happened to you on stage?
When I was in Closer to Heaven, I was sat on a trap door in my underpants in a bed scene. Someone opened the trap early and my bum fell through and I got wedged in the hole with only my legs, arms and head visible. Someone had to come and pull me out.

What other parts would you really like to play?
I would love to do some Shakespeare. I always wanted to play Romeo, but I fear I’m a little too old for that now. It’s one of those things that scares me a little, but I am desperate to do.

Are there any long-term ambitions that you have either on the stage or off it?
I want to work at The Donmar Warehouse and The Royal Court. Two amazing theatres, where I have seen brilliant plays & musicals. I’d also love to work on Broadway and visit Disneyworld (the two aren’t connected).

Imagine you’ve got a whole week off. No work, no singing, no acting. What would you do?
Sort my bathroom out. I’ve had a new shower suite and tiles stacked in my bedroom for a year now and never had the time to do it. OVERDUE!

Thank you so much for this brilliant interview, Paul and all the best for your journey to the Wizard of Oz!