One of those productions that I didn’t get around to (because, y’know, how many versions of Henry V does one need to see in one’s lifetime?), the Barn Theatre has made available its 2019 production of the iconic Shakespeare play to audience on online platforms. The camera work is, I must say, somewhat jarring at times – deliberately so, for maximum dramatic effect, when, for instance, the music cranks up to the sort of decibel level usually reserved for nightclubs. For this is the kind of man Aaron Sidwell’s Henry V is, a partygoer, one of the lads, carefree and easy-going. Until, of course, the events of the play dictate that some lifestyle changes must occur.

In its use of video technology (within the show itself, not just the archive recording footage being released) and television news bulletins, this show is not unlike the 2017 Almeida Theatre production of Shakespeare’s Hamlet, firmly resetting events in contemporary times. The characters are thus dressed in contemporary clothes, and despite the title character’s royal designation, there’s not a crown in sight. This Henry V doesn’t exactly speak with the commanding tones of Brian Blessed, even when commanding his troops into battle, but this does serve him well when courting Katharine (Lauren Samuels) in Act V Scene II, and in more subtle scenes when in conference with a select few. His speech in Act IV Scene I becomes something very close to a monologue, thanks to some ruthless trimming of both the full text and the list of characters.

Queen Isabel (Sarah Waddell) reigns alone: it is unclear what has happened to the King of France but the way in which the dialogue has been reconstructed means that it is effectively neither here nor there. Resetting Act II Scene I in Cirencester (as opposed to its usual London setting) may result in mixed feelings from the locals who saw the show in person: if I were to put myself in their shoes there would be an initial feeling of quiet pride followed by a slight unease at fellow townspeople drawing knives in a betting shop.

The production moves at a steady pace, and is even occasionally a tad stilted – despite the cuts to the script, it still comes in at 2 hours 40 minutes including interval. As the interval and post-show conversations (chaired by artistic director Iwan Lewis) made clear, the show was devised and presented at a time when That Referendum – or, rather, the ongoing fallout in Parliament and elsewhere arising from its result – dominated the news headlines. The parallels the production attempts to draw are, viewed in retrospect at a point in time where the UK has indeed left the European Union, unsubtle, though to elaborate any further on this point would be giving too much away.

It’s a small stage at the Barn, a point only accentuated by the sheer number of times the action overspills into the centre aisle. Sit at the front rows at one’s own peril, as one unsuspecting audience member discovered just after the interval. For all its innovation, including an impressive overcoming of the limitations of staging battles with the performance space and cast available, the production manages to place storytelling at the centre of the play, which is Shakespeare as it should be. The accompanying score, composed by Harry Smith, goes well with the contemporary setting. An engaging and entertaining take on this timeless play. 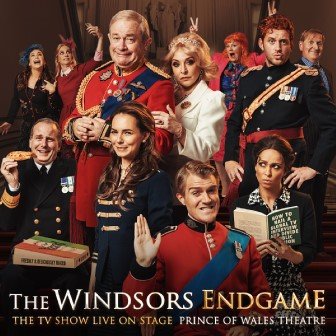