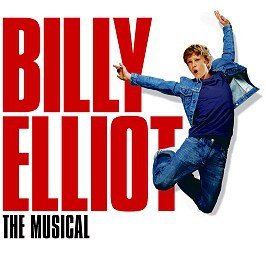 On Saturday 9th April 2016, after 4,600 performances and prior to the theatres’ previously announced refurbishment programme, the final Victoria Palace Theatre performance of Billy Elliot The Musical took place in front of a packed house with guests including past and present Billy Elliots, original cast members and members of the show’s creative team. The audience of more than 1530 rose to their feet for the final curtain call to join the Company in celebrating a very special evening and a phenomenal eleven year run in the West End. Director Stephen Daldry, writer Lee Hall and composer Elton John joined the company on stage accompanied by 32 past and present Billy Elliots (the most Billy Elliots to ever appear on stage together), 24 past Michaels and 18 past Debbies as well as several adult members of the original Company.

This fundraising performance in support of East Durham Trust, a charity based in Easington, Co. Durham, a former mining town and the setting for Billy Elliot’s iconic story East Durham Trust is the flagship voluntary and community sector organisation for the East Durham area, established to counteract the effects of social and economic deprivation through a range of practical, community based programmes. The Trust is also the community engagement partner in the Arts Council-supported ‘East Durham Creates’ initiative, working to increase arts engagement for local people with little or no access to artistic or cultural activities. All proceeds from tickets sold for the final performance will be donated to East Durham Trust along with donations made by audience members throughout the final week of performance.

In addition, the Easington Colliery Band, who earlier this week performed for guests arriving at the press night performance of Billy Elliot the Musical at the Sunderland Empire, took to the stage at the Victoria Palace Theatre to join the Company and the Billy Elliot The Musical band to play Once we were Kings, and Abide with Me in an arrangement created especially for the performance.

Acclaimed by audiences and critics alike, Billy Elliot the Musical has won more than 80 theatre awards and has now been seen by nearly 5.4 million people in London, while globally it has been seen by almost 11 million. Over the eleven year run in the West End, the Victoria Palace Theatre was home to 531 young performers including 42 Billys, 26 Michaels, 22 Debbies and 350 ballet girls. Actors ranging from ages 6 to 84 have tread the boards since the musical’s world premiere in March 2005. In total, world-wide, ninety four boys have played the iconic role on stage with the West End production welcoming its forty-second young boy last year.

Brought to life by the award-winning creative team behind the film including writer Lee Hall (book and lyrics), director Stephen Daldry and choreographer Peter Darling, joined by Elton John who composed the show’s score, Billy Elliot the Musical features scenic design by Ian MacNeil, the associate director is Julian Webber, costume design is by Nicky Gillibrand, lighting design by Rick Fisher and sound design by Paul Arditti. Musical supervision and orchestrations are by Martin Koch.

Based on the Oscar nominated film released in 2000 and set in a northern mining town against the background of the 1984/’85 miners’ strike, Billy’s journey takes him out of the boxing ring and into a ballet class where he discovers a passion for dance that inspires his family and whole community and changes his life forever.

Billy Elliot the Musical is presented in London by Universal Stage Productions, Working Title Films and Old Vic Productions in association with Tiger Aspect and is based on the Universal Pictures/Studio Canal film. The show is produced by Tim Bevan, Eric Fellner, Jon Finn and Sally Greene. Angela Morrison and David Furnish are executive producers.

The producers and creative team are delighted to announce a new booking period for the West End production of the Tony, Grammy and Olivier … END_OF_DOCUMENT_TOKEN_TO_BE_REPLACED

Having had to shut down the production of Bruce Norris’ seminal play Clybourne Park at final dress rehearsal in March 2020, Trish Wadley Productions … END_OF_DOCUMENT_TOKEN_TO_BE_REPLACED

9 to 5 The Musical Celebrates DOLLY PARTON Being Awarded 47 New Gold and Platinum Certifications. As the UK Tour recommences Dolly Parton’s 9 to 5 … END_OF_DOCUMENT_TOKEN_TO_BE_REPLACED

Bill Kenwright's legendary, award-winning production of the international smash hit musical, Blood Brothers returns to the stage in 2022 for a 16-week … END_OF_DOCUMENT_TOKEN_TO_BE_REPLACED