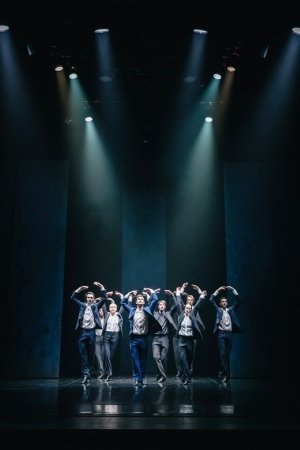 Nothing is more important than the replenishing of tradition by creative innovation. This can be achieved in two ways. Most obviously by restaging the classics in new settings. As with Shakespeare in contemporary dress. The other way is to, as it were, use the classic work as a spring board to explore new possibilities. Most famously West Side Story as a reimaging of Romeo and Juliet. This second approach is vital if we are to make innovations and create new works of art. The Royal Opera House is in an ideal position to try this out because it has two spaces in one venue which can play off one another.

So right now on the main stage you can see Marius Petipa’s 19th century ballet The Sleeping Beauty and downstairs in the The Linbury Theatre you can catch Helen Blackburn’s 2018 Les Beaux Dormants (The Sleeping Beauties). This pairing of classic and contemporary allows us to enjoy the richness of our dance traditions but also opens up space for innovation and creativity. So hats off to Kevin O’Hare Director of The Royal Ballet and Emma Southworth the Company’s Creative Producer for having the vision, audacity and ambition to make this happen.

The first thing to notice about Les Beaux Dormants is that the choreographer is a woman. In the 19th century The Sleeping Beauty was the vision of a man, Marius Petipa – now in the 21st century (the century of women?) we have Helene Blackburn’s Les Beaux Dormants. Helene Blackburn is our Marius Petipa, she combines the best of the Bolshoi and Laban. The second thing to notice is that whereas the 19th century version is framed within a strictly classical framework, Les Beaux Dormants is performed by the Ballet of the Opéra national du Rhin, a company that moves seamlessly from baroque to modern and from classical to contemporary styles, the result is work that is richer, denser more textured and more multifaceted and multi-layered. In short more fun.

Helen Blkackburn’s Les Beaux Dormants is a tour de force of dance, music and movement that in sixty spellbinding minutes takes you on a journey that is mysterious, mesmerising and magical. The piece plays with the idea of collage. Bits and pieces are put together, juxtaposed and sometimes just left in mid-air to create images that invite the audience to imagine and make their own connections. The collage theme works very well with the costumes. Some performers show their bare legs, others their bare torso, put together they make a naked person. It’s fascinating. It helps to suggest the idea that we are all beautiful, we are all sleeping beauties. This is made clear right from the start as men wear high heels and skirts and women suits and trousers. Martin Tetreault’s multi-layered music anchors the piece solidly in place. We can’t escape from the insistent beat of his metronomic base line, cleverly interwoven with Tchaikovsky’s original score. We get a double delight, gorgeous Romanticism and dynamic hard hitting contemporary electro pop.

With Les Beaux Dormants, the cast, crew and creative of the Ballet of the Opera Du Rhin have blended and transcended both the classical and the contemporary to create a truly unique 21st century work of art for our time. It is a masterpiece. Go and see it if you can.

Growing up is inescapable. Le Ballet de l’Opéra national du Rhin performs Hélène Blackburn’s family ballet freely inspired by The Sleeping Beauty – not only a classic tale, but a reflection on one of the most important stages of life too. Les Beaux dormants (The Sleeping Beauties) explores all the changes – physical and emotional – that come with blossoming adulthood: easy for some, but a nightmare for others. With its new take on a familiar work, this is an immediately engaging ballet for everyone. Rediscover the sleeping beauty ready for awakening in the heart of each of us, whether child or adult.