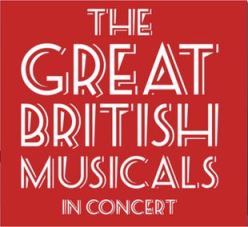 The Great British Musicals in Concert was a complete triumph. This glorious evening of song was performed at the lovely St James Theatre featuring the Novello Singers with West End stars Louise Dearman and Jon Robyns.

Hosted by the legendary Nicholas Parsons CBE, the show beautifully took you through the best musical numbers from Gilbert and Sullivan to Andrew Lloyd Webber.

I knew very little of the songs performed in the first act, however, you don’t need to be a musical historian to appreciate the beauty of the chosen pieces. The Novello Singers were the carriers of this concert and each and everyone of this ten-piece company were extremely talented performers.

The concert began with a medley of songs by the famous Gilbert and Sullivan. This was extremely exciting and the audience showed their appreciation for this greatly which continued throughout the rest of the concert. A stand out moment was certainly the First World War Tribute with the ensemble singing a spine-tingling rendition of ‘Keep the Home Fires Burning’. This included Nicholas Parsons giving a brief history to the song which was extremely emotional for all in the presence of this magnificent piece.

Nicholas Parsons certainly had the audience eating out of the palm of his hand with his narration as well as his personal theatre stories. What a charming gentleman indeed with excellent stage presence and wit.

One of my personal favourite pieces was the stunning duet between Victoria Humphries and Annatt Bass of ‘We’ll Gather Lilacs’ by Ivor Novello. The harmonies in this duet were divine by two extremely talented female actresses. Victoria Humphries could be cast in The Phantom of the Opera tomorrow, and it is certainly evident why Bass has previously performed in that same production.

The second act was certainly my favourite, with magnificent performances by Jon Robyns and Louise Dearman. Robyns certainly has a voice to make us all weak at the knees and Dearman gave some spectacular renditions of Andrew Lloyd Webber songs which included a show stopping rendition of ‘Memory’ from Cats.

A particular highlight for everyone, I imagine, was Parsons’ involvement in a lively rendition of the ‘Time Warp’ after stories of his time performing in the original production of The Rocky Horror Picture Show.

This concert not only had charm and bundles of charisma but also some lovely movement direction from Philip Joel which resulted in the show being extremely slick. It was excellently put together and accompanied by the very talented Ross Leadbeater whom has piano skills to die for.

A wonderful evening of song , laughter and utter talent – this show should definitely be revived so it can be appreciated by a much wider audience.