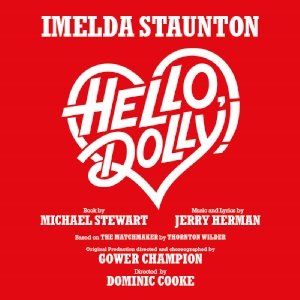 Imelda Staunton is back where she belongs in Hello, Dolly! as one of the most iconic musicals of all time comes to the Adelphi Theatre in 2020. This brand new production reunites Imelda with director Dominic Cooke, following the critically acclaimed production of Follies at the National Theatre.

Multi Olivier and BAFTA Award winning Staunton plays meddlesome socialite turned matchmaker Dolly Levi, as she travels to Yonkers, New York to find a match for the miserly, unmarried ‘half-a-millionaire’ Horace Vandergelder. But everything changes when she decides that the next match she needs to make is for herself.

CASTING UPDATE:
Michael Harrison and David Ian are thrilled to announce that Andy Nyman and Jenna Russell are to join the cast of Hello, Dolly! as one of the most iconic musicals of all time comes to the Adelphi Theatre this summer. This brand new production is headlined by Imelda Staunton, as she reunites with director Dominic Cooke, following the critically acclaimed production of Follies at the National Theatre.

With an unforgettable score by the legendary Jerry Herman, Hello, Dolly! will begin performances at the Adelphi Theatre in London on Tuesday 11 August 2020 for a strictly limited 30-week season (Press Night: Thursday 27 August 2020).

Andy Nyman – who will play Horace Vandergelder – is a multi-award winning actor, writer and director. Most recently he won unanimous acclaim for his memorable portrayal of Tevye in the celebrated production of Fiddler On The Roof at the Menier Chocolate Factory and its subsequent transfer to the Playhouse Theatre.

Nyman’s acting credits include the Royal Court production of Hangmen and the West End hit Ghost Stories, which he also created and starred in the film adaptation. His various TV roles include Winston Churchill in Peaky Blinders and he has frequently collaborated with illusionist Derren Brown, co-writing and co-directing four of his stage shows.

Olivier Award winner Jenna Russell will play Irene Molloy. Jenna recently starred in the UK premiere of The Bridges of Madison County. She won an Olivier Award for Best Actress in a Musical in 2006 for her performance in Sunday In The Park With George at the Menier Chocolate Factory (a performance she later reprised on Broadway) and was nominated for her work in the Menier’s 2012 revival of Merrily We Roll Along. She also appeared in the acclaimed, London premiere production of Fun Home the Young Vic.

With music and lyrics by Jerry Herman (La Cage aux Folles, Mack and Mabel, Mame) and book by Michael Stewart (42nd Street, Mack and Mabel, Barnum), Hello, Dolly! is one of the most iconic musicals of all time. Jerry Herman’s timeless score includes ‘Put On Your Sunday Clothes’, ‘Ribbons Down My Back’, ‘Before the Parade Passes By’, ‘Elegance’, ‘It Only Takes a Moment’ and of course, ‘Hello, Dolly!’. 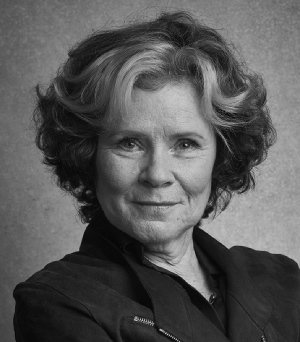 Imelda Staunton commented: “Well, I’m delighted and daunted in equal measure to be doing a new production of Hello, Dolly! in London next year. I am so excited to be working again with Dominic Cooke, Michael Harrison and David Ian, and we all can’t wait to bring Hello, Dolly! – which is a truly joyous show – back to the West End after all these years.”

Further casting for the production will be announced at a later date.

PERFORMANCE TIMES
Tuesday – Saturday at 7.30pm; matinees Wednesday & Saturday at 2:30pm
In the first week of previews, there will be no midweek matinee
Extra Performances: Monday’s 7 September 2020, 23 November 2020 and 1 March 2021

The Walt Disney Company UK and Ireland has today announced the full cast for the UK and Ireland tour of the landmark musical THE LION KING, including … END_OF_DOCUMENT_TOKEN_TO_BE_REPLACED

A young Jewish physicist and an activist poet meet at a party and fall in love. As society splinters around them, the couple’s struggle to survive … END_OF_DOCUMENT_TOKEN_TO_BE_REPLACED